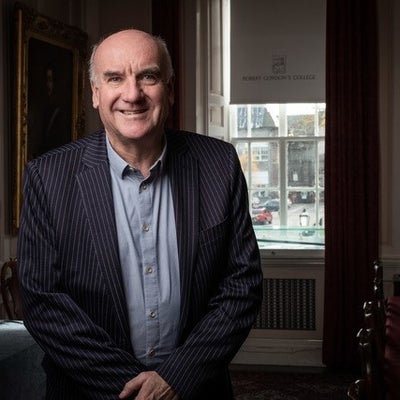 Hugh qualified as a chartered accountant in 1982 before joining Aberdeen Asset Management (AAM) in 1987. From 1990 to 2006, Hugh oversaw the growth of the private equity business before moving into the corporate team as Head of Acquisitions.

Retiring from AAM in 2015, Hugh became chair of Drum Income Plus REIT plc and CLAN Cancer Support, a director of Dark Matter Distillers Limited, and governor of both Robert Gordon University and Robert Gordon’s College.

Hugh won ‘Non-Executive Director of the Year’ award at the Institute Of Directors, Scotland awards ceremony in May 2019.